Sweetwaters is in the slopes of Mt. Kenya and overlooks a floodlit waterhole offering visitors an unforgettable opportunity to view and shoot pictures of animals in their natural habitat. optional walking safari escorted by a knowledgeable Ranger. Bird-walks, Camel safaris, Chimpanzee observed from a Boat on the Ewaso Nyiro River which supports other wild game like Elephants, Buffalo, Baboon, Eland, Silver-backed Jackals, Ostrich, Rhino among others. Dinner and overnight at Sweetwaters Tented Camp.

Day 3 : Lake Nakuru National Park.
Pre-breakfast game viewing, Breakfast and proceed to Lake Nakuru still exploring the dramatic Rift valley. Arrive in time for lunch and afternoon game drive. Lake Nakuru is one of the gem in the necklace of the Rift Valley Lakes often referred as the Pink Lake for it’s great masses of pink flamingos. Opportunity to see millions of flamingos besides thousands of other birds. Lake Nakuru is a Rhino Sanctuary and harbors other wild-game like the Lion, Waterbucks, Buffalo, Warthog, Hippo etc. Dinner and overnight at Lion hill Lodge.

Day 4 : Maasai Mara Game Reserve.
Morning game viewing in Lake Nakuru ,Breakfast and depart crossing the Loita Plains and viewing sceneries enroute, See red clad spear wielding Masai warriors tending their multi-colored herds among the presence of wild game giving a blind eye to the presence of big predators, A single moran can cross the Mara Game Reserve only holding a spear and a stick on the other hand! arrive Mara for Lunch. Afternoon game drive inside the Park which is the Kenya’s best and most scenic. Dinner and overnight at a Sopa/ Keekorok Lodge.

Day 5 & 6 : Maasai Mara.
Full day to savor the beauty of the Park which has a permanent supply of water thus harbor a thriving population of wild game. All the “Big Five” and lots of gazelles, Topi, warthogs, Cheetah, Hyenas and even the rare Rhino might come out of the thicket for you. Extend your drive to the Hippo pool where they submerge at the approach of a vehicle only to surface seconds later to short and gamble their displeasure, Crocodiles sunbathe on the River banks mouths agape. Optional visit to the Maasai villages for an insight to their culture. All meals and overnight at Keekorok/ Sopa Lodge.

Day 7 : Serengeti.
After breakfast depart for Serengeti passing through Sirari border with enroute lunchThe Serengeti ecosystem is one of the oldest on earth. The essential features of climate, vegetation and fauna have barely changed in the past million years. Early man himself made an appearance in Olduvai Gorge about two million years ago. Some Patterns of life, death, adaptation and migration are as old as the hills themselves.
Meals and overnight at wildlife lodge.

Day 8 : Serengeti.
Full day in Serengeti plains with morning and afternoon game viewing and drive. Search for wild game you might have missed the previous game drive. It is the migration for which Serengeti is perhaps most famous. Over a million wildebeest and about 200,000 zebras flow south from the northern hills to the southern plains for the short rains every October and November, and then swirl west and north after the long rains in April, May and June. So strong is the ancient instinct to move that no drought, gorge or crocodile infested river can hold them back. Meals and overnight at Wildlife lodge.

Day 9 : Ngorongoro Crater.
Morning game viewing and drive in Serengeti. After breakfast depart to one
of the natural wonders of the world, Ngorongoro crater. The Crater is one of
the world’s greatest natural spectacles; its magical setting and abundant wildlife never fail to enthral visitors. It borders the Serengeti National Park to the north and west. Arusha is known as the gateway to the Ngorongoro Conservation Area and the Northern Parks. Dinner and overnight at a lodge.

Day 10 : Ngorongoro crater.
After breakfast you will be taken 2000ft down the crater by a 4wheel drive vehicle for a full day crater tour, picnic lunch at crater, Also referred to as the eighth wonder of the world? and stretching across some 8,300 sq km, the Ngorongoro Conservation Area in northern Tanzania boasts a blend of landscapes, wildlife, people and archaeology that is unsurpassed in Africa. The volcanoes, grasslands, waterfalls and mountain forests are home to an abundance of animals and to the Maasai. In the evening ascend to the
lodge for dinner and overnight.

Day 11 : Arusha-Amboseli
After breakfast depart to Arusha town- Safari Destination; it is a starting
point for safaris in the northern circuit arriving in time for lunch,Afternoon proceed to the kenya tanzania Namanga border cross over and proceed to Amboseli National park with enroute game drive to the lodge for dinner and overnight at Amboseli Serena Lodge/ Sopa Lodge.

Day 12 & 13 : Amboseli
Morning and afternoon game viewing inside the park. Amboseli is a photogenic Park and hosts great number of game including the lion, elephant and the splendid cheetah. Meals and overnight at Oltukai lodge/Amboseli Serena lodge.

Day 14 : Nairobi.
Breakfast and depart for Nairobi arriving at around noon. 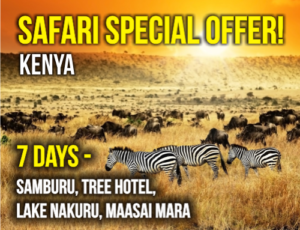 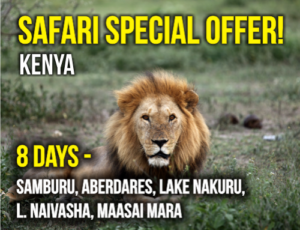 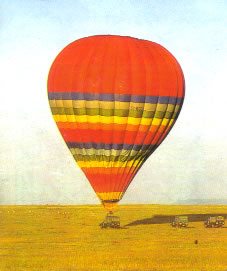 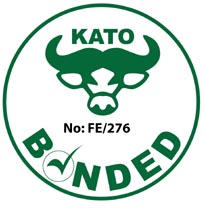 Hi Mathew
We have just returned from a wonderful safari to a total of six national parks in Kenya and Tanzania through Raylenne Tours & Safaris. We did a similar trip with them in 2008. This time we took our daughter and two grandchildren (ages 19 and 17) to show them these two beautiful counties, the friendly people and the countless and diverse animals that inhabit them.

We had a great experience the first time and were certainly not disappointed this time as the quality of the service was the same. I started planning this trip in February and have had many email exchanges with Matthew at Raylenne regarding possible itineraries, arrangements and questions. Matthew is always quick and thorough in his responses back to me.

He even gave me some last minute reassurance about the safety of the places in Kenya we would be traveling to after our State Department issued additional travel warnings about the coast (which was not on our itinerary). Matthew was absolutely right! We did not feel unsafe at any time during the trip. Our driver/guide in Kenya (James) was especially wonderful. He is extremely knowledgeable about the country and the animals and made us feel adventurous and safe at the same time.

The most Professional,Knowledgable,Polite, and helpfull service you can ask for! Very highly recommended!!!

Matthew (the owner) Is a very special good hearted, honest and humbled person who runs an incredible Safari Company. We are a family of four, who booked a 10 day Safari but unfortunately had a medical emergency while in Nairobi. While we were worried about our son well-being, Matthew re arranged our plans so we will be able to see all what we planned despite the fact that we left Nairobi 2 days late!! He called a few times out of concern to our son, and our satisfaction with the trip. We asked for the opportunity to meet his family and thank all of them for such an incredible hospitality, care and unprecedented willingness to help.

I can’t imagine a better experience in a Safari!